Also this year I participated in the traditional Hatsumode ride of the Night Pedal Cruising team in Tokyo. Happy New Year!

As last year and the year before, also this year, I was here for the 3rd Saturday of January, ready for the Hatsumode ride of the Night Pedal Cruising (NPC) team.

We were a relatively small group this year, but still we paid our visits to two shrines, the Toyokawa Inari shrine, where we handed back to the goods the 10 yen piece we got last year, doubled it up with an other 10 yen and then received a new envelop with a shiny new 10 yen piece to be carried around for the rest of this year. 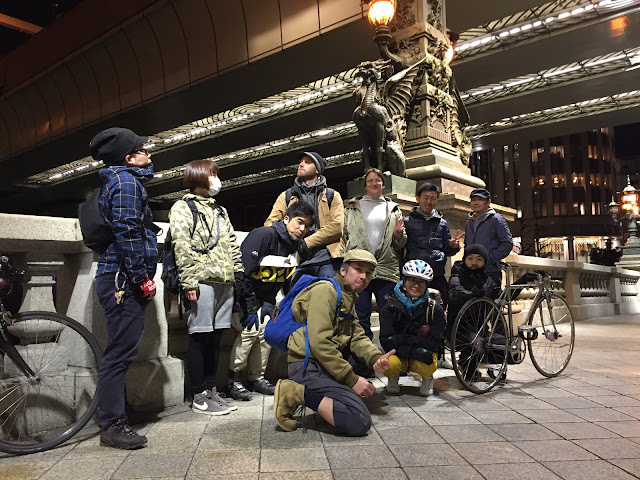 After that visit we continued cruising through Tokyo to the Senso-ji in Asakusa, where was our official end point of the ride. 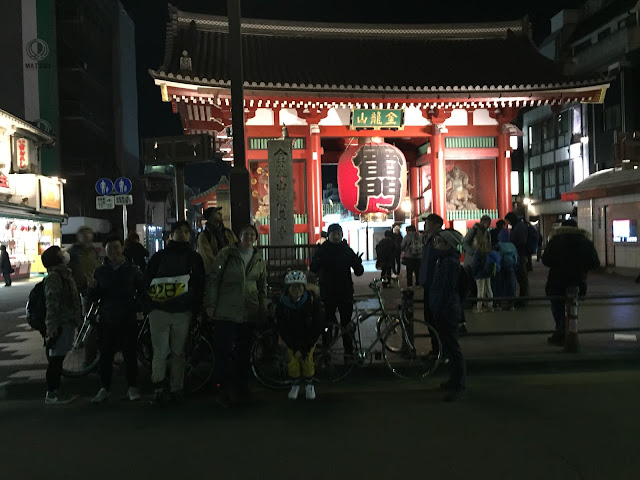 We paid a visit to that shrine as well, and then went to a bar in Ueno that one of the riders knew. The only condition in that bar was to drink, they had food (and I took soba), but actually the owner was totally fine if one wanted to bring ones own food from the conbini next door. So we got some snacks there as well.

Back towards my temporary home most of us did ride together as many need to go to Roppongi, so it is perfectly under way.

Before the ride I had gone in the morning from Minato-ku to Shimokitazawa to my good old hairdresser. Always a ritual in Japan.
On the way I passed by Y-road in Shibuya to get some extra air into my tiers where they detected that some of the spokes in the front wheel were quite loose. I was actually surprised by that, as the bicycle was just for reparation at a brompton dealer in Leiden. How could they have overlooked this? They even changed the tires. So on Sunday before going to Ghibli museum I raced to the brompton shop in Daikanyama, handed over the bicycle and a few hours later, after a nice visit to Ghibli, got it back, now with all spokes fixed.