So, I decided to bring my good old brompton back to Japan, although I am coming here only for a few months every year...

Last time (summer 2018) when I was in Japan especially in Osaka I was missing my bicycle. In Tokyo, there are rental bicycles available at many points in central (and not so central) Tokyo, so it was kind of okay. One can't really ride outside of Tokyo as one cannot bring the bicycle on a train, but at least within Tokyo it is possible. One has to add though that while electric these bicycles are VERY small. In Osaka the same bicycle rental system exists, but - at least currently - with much less rental points, and none close to Shin-Osaka where I would normally stay. So in Osaka I was often thinking in the evening that now for some stress release an excursion in bicycle would be ideal, but that wasn't possible.

So finally I decided to bring my good, well-travelled brompton back to Japan ... and buy a new one in The Netherlands.

This is how the new one will look like... just ordered it two days before leaving for Japan so it should be freshly baked when I come back. 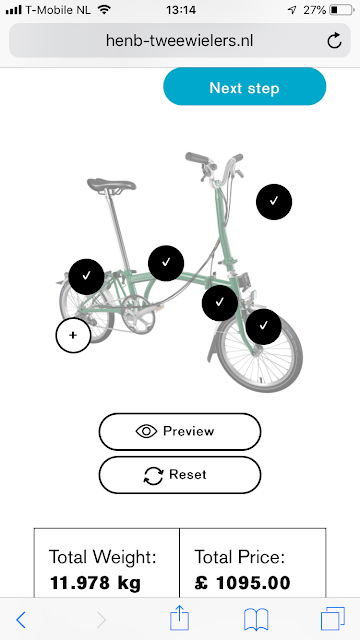 This time I had also two luggages included in my flight ticket (thanks to flying too often with KLM) so I could bring the box with my brompton along for free: 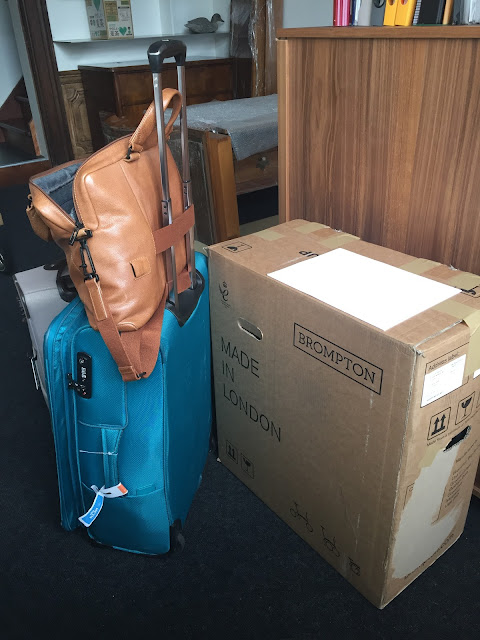 KLM on the phone when I enquired if I could really check in two baggages, said that bicycles needed to be paid extra, but at the airport no one asked for any money, probably because the box is right inside the maximum allowed size and weight isn't a problem with a brompton either.

So 11 hours later we arrived in Narita, where I handed the box and the big suitcase over to Yamato Kuroneko, for transporting it the last few kilometer to my weekly apartment in the center of Tokyo. The guy at the reception desk of Yamato Kuroneko first said that they would not transport bicycles... but after assuring him that I had transported this very same box already with them to the airport he got convinced. And well, I didn't technically lie. It wasn't the exactly same box, but when I moved from Japan to The Netherlands at end of 2017 I sent such a box to the airport, only that obviously the guy who was tasked in picking it up, didn't ask any questions about the content. So better not to say anything probably.

Next day in the evening it arrived to my apartment hand delivered and since then is parked outside in the bicycle parking lot of the apartment building (semi illegally as I would need to ask the house administration for a permission, but I figured that there were still so many bicycle parking slots free that probably no one will say anything... and so far so good. 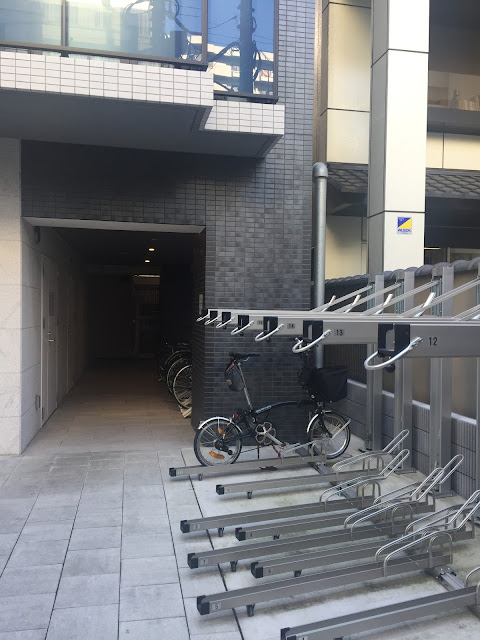