Little bit of cycling, too many fish and a visit to the old Romans

I am feeling a little bit like cheating to count the day today as "Japan by bike...". There was VERY little bike involved in the day. But much more of many other things. And this although I never really know what to do in Osaka.

The weather forecast for today wasn't at all good, so I decided to stay in Osaka. After a late start into the day I first went to do some shopping in Umeda. Well, I visited 3 department stores only to buy at the end the Pasmo card holder I wanted in Tokyu Hands... I could have as easily gone to Esaka, just one station down from my hotel and would have avoided spending the few hours today that it did NOT rain inside. But well.

Then I set off to collect one of the HUBChari's in Osaka. The stations are strangely distributed over Osaka. Currently mainly in the center, plus a few stations out somewhere. But seldom are the pick up locations close to a train station, so I needed to walk about 10 min from Umeda until I got my typical red docomo bike.

After a stop at a central post office, I started my ride down to the Aquarium of Osaka. However less than half way through it started to rain, and rain radar promised more rain. I was lucky that the last bike station was really close, so I dropped of the bike and walked to the nearest station (which was about 5 min walk, although it was already quite outskirts of Osaka. Actually a somewhat strange area, with shops where on the ground floor young ladies were sitting and smiling and didn't offer any specific products. Looked somewhat like brothels, but not sure... I would be somewhat surprised that they are so publicly open.

In the aquarium I confirmed that I simply don't like them. Osaka aquarium seems to be one of the best in the world, per different critics I read, but it is simply a building full of fish enclosed in too small tanks. And well, I know I am a hypocrite, because in a zoo it doesn't bother me and the situation for those animals is pretty much the same. But I simply like mammals much more than cold fish... I still took a few pictures: 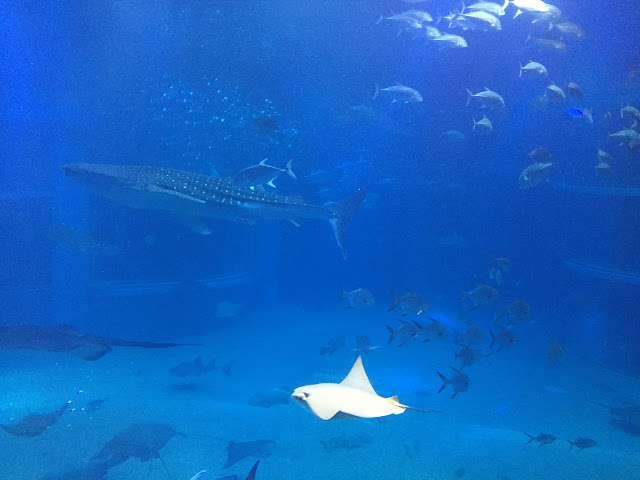 And at the end of the visit even I looked like a fish: 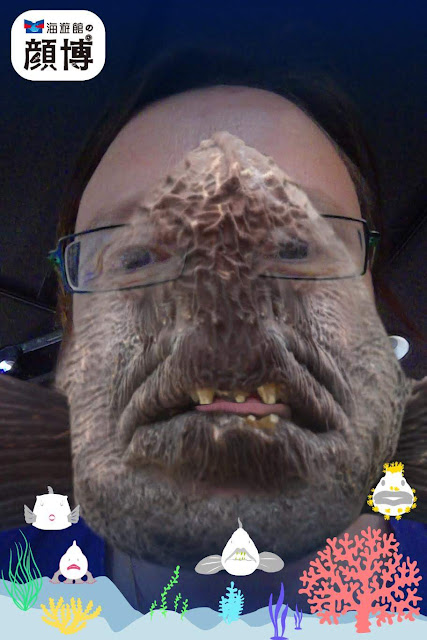 So much water... on to an onsen. I had two options, a typical Japanese super-sento, or a curious spa-Disney Park thingy: Spa World. After considering my options, I choose the Spa World with the idea that something as strange as this onsen really is a unique experience. And well, it was unique. I wouldn't say that I specially enjoyed it, also because the rotenburo part was the least nice (well, it was Spain themed, so fittingly a bit dilapidated). Inside there were 6 different areas, each single one probably as big as your normal super sento:
Well, I am well washed and I even got my Akasuri scrub done.