After the all-night ride yesterday, today after sleeping in, I decided on a short city tour to visit some touristic spots I hadn't visited before:
Well, I didn't really make it to both, because while on the subway to my starting point at Myogadani station, I surfed through the internet to get more information on the garden and found Koishikawa Korakuen to be highly recommended. So I left the Koishikawa Botanical Garden for an other time. As I had started my day late, there was definitely not sufficient time for all three.

I took on of those children-size rental bicycles relatively close to Myogadani station (but not really close)... 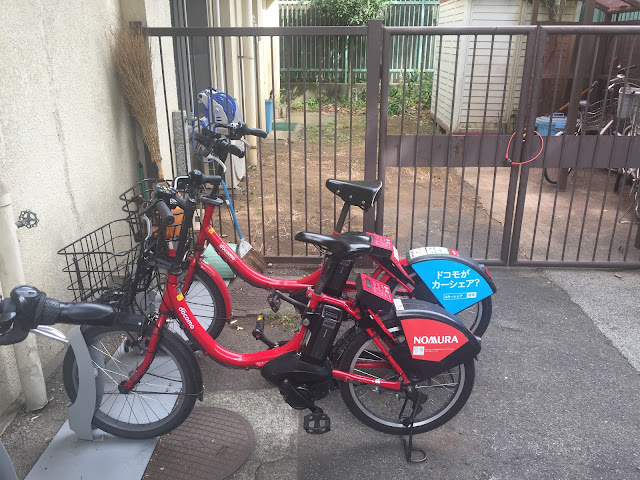 ... and cycled to the church, which is interesting from an architectonical point of view. I wasn't really able to take very good pictures of it, because outside it was kind of hard to get far enough from the building to put it all into one picture... 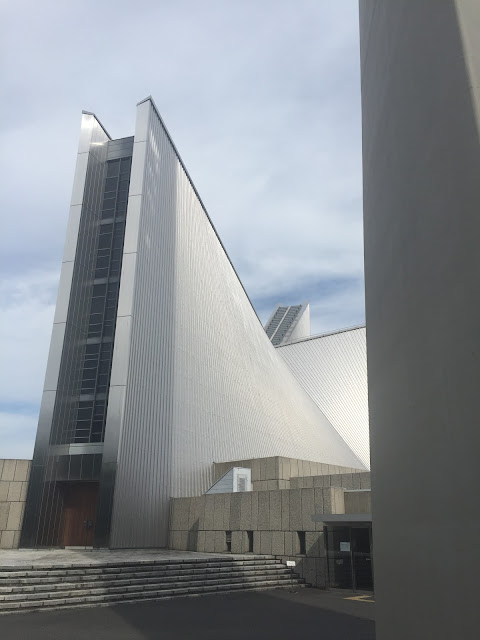 ... and inside there were a lot of artificial light which would have disturbed the photo... 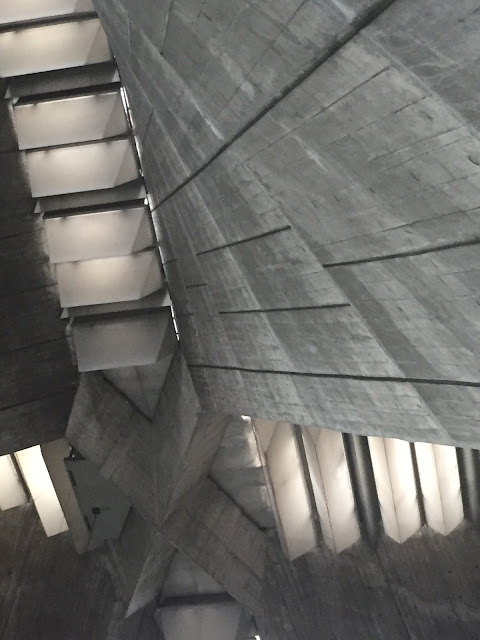 ... so for better pictures check out here: https://www.archdaily.com/114435/ad-classics-st-mary-cathedral-kenzo-tange

It was a very quiet experience. Not a lot of tourists, definitely no other foreigners and some apparently deeply devoted worshippers sitting and praying in silence.

After a while I made it back on my small bicycle and onwards to the Koishikawa Korakuen. When buying the entrance ticket I heard from the garden strange songs, so initially thought that there was some traditional Japanese performance ongoing in the garden... I could not have been wronger... well, in a certain sense at least. The sound and songs came from the adjacent Tokyo Dome where a baseball match was ongoing vividly supported. Additionally the playful panic shrieks from the Korakuen amusement park also filled the air. So not really a tranquil Japanese garden experience, but still nice enough.

Complete with a red Japanese bridge and also not too many tourists. 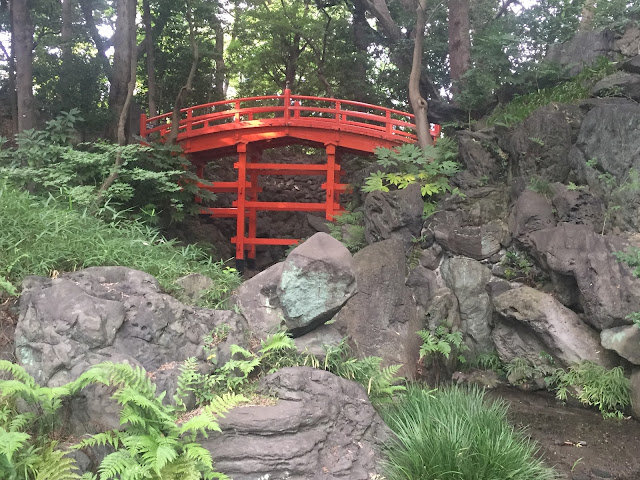 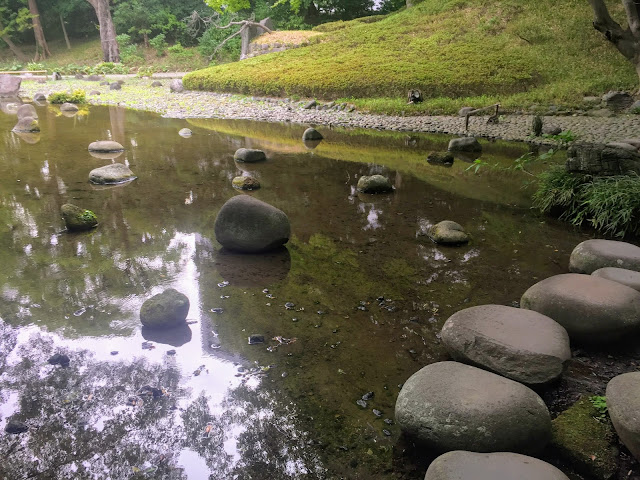 What I noticed during this day however was that in odd places around the city large groups, 50 or more people, had "gathered" all standing either isolated or in very small groups of 2 or 3 people staring on their smartphones and catching Pokemon.

I resisted the temptation and cycled to my temporary home close to Hamamatsucho. Close to the apartment there was even a short stretch of bicycle lane: 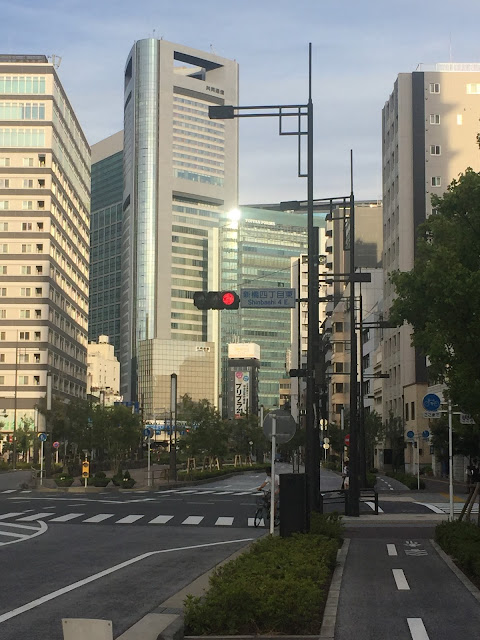