Back in Tokyo for about 2 weeks on a business travel I took the opportunity of relatively good weather and a free day today for some Docomo bicycle riding. The Docomo bicycles are a fleet of rental bicycles available in a good number of Tokyo districts (but not in Setagaya and Meguro, where I actually went today). The bicycles themselves are ridiculously small ...

... it really feels more like riding a bicycle of a 10 year old. But well... it's still a bicycle.
They are also all electrical, which feels strange as if someone is pushing you (probably the father of the 10 year old riding it). During daytime it is possible to ride without the electrical support (which makes riding them however a bit hard, as they are very heavy), but at night time, if you want light, you get with it automatically also the electrical support.

I am staying these days in a weekly apartment close to work, i.e. close to Shinbashi. A castle like looking entrance behind which a 8 storey apartment building with 1-room apartments is hiding. But perfect for me, still much larger than a hotel room. 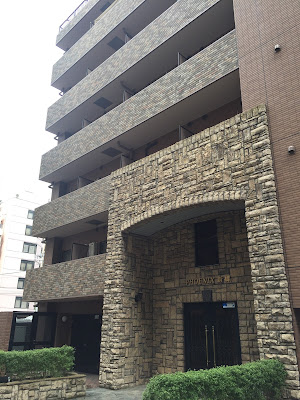 After sleeping in I finally got out at around 14:00 and took a bike from a very nearby cycle station, which is essentially on an other apartment buildings' bicycle parking lot. From there passing by Shiba-Koen, I made my way to the Institute for Nature Studies, a big forrest in the middle of Tokyo, in Meguro, which I hadn't even known about until a few days ago. 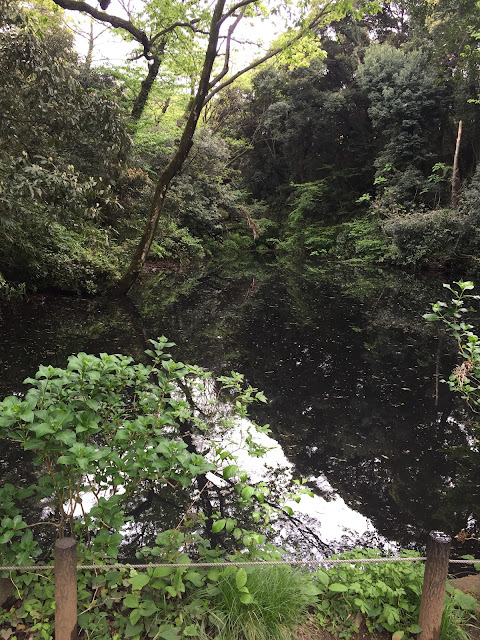 Although this garden is already in Meguro, it is very close to Minato-ku, so that the closest bicycle docking station is actually not too far away. For some reason Docomo hasn't yet made it into Meguro. After visiting the garden (well, wood), I took again a bicycle and rode off to my old neighbourhood of Shimokitazawa, riding along Megurogawa, famous for its cherry trees, but this year cherry blossom was unusually early, so that by now, 15th of April, everything has well passed. In general the trees already were totally green without a single hint of flower on them. Only these few here, probably of a slightly late blooming variety had still some flowers on them, well hidden behind green leaves. 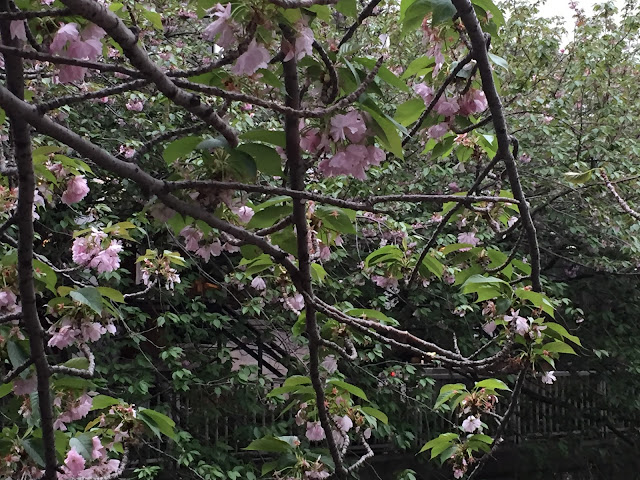 Riding on I passed by our old house, which is still standing (that is never sure in Tokyo where older buildings easily get torn down for something new) and even the garden is still growing without further human intervention... 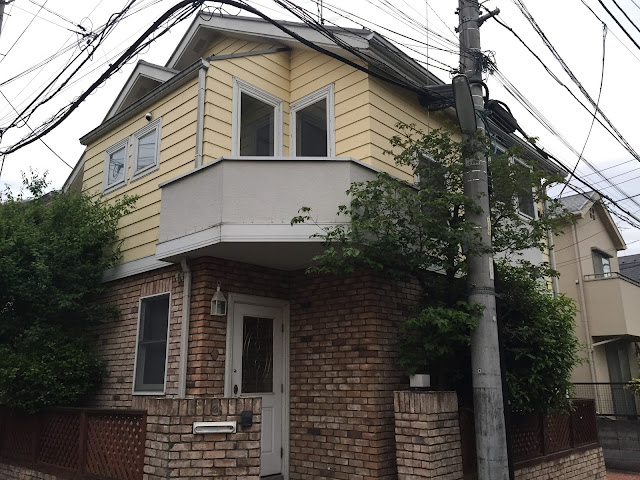 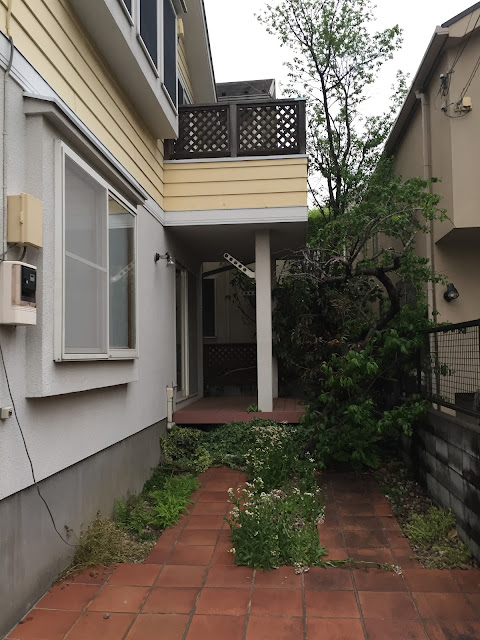 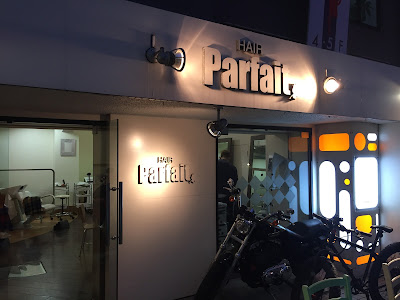 ... and one of the best pizza's in town at Guerrero: 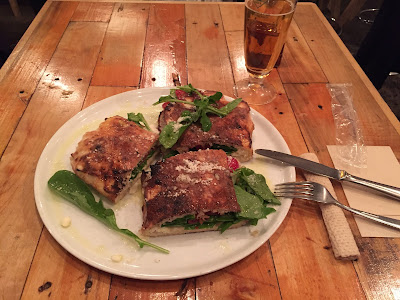 After dinner, I took again my bicycle, which I had to park just outside, as docomo also has not yet (?) arrived to Setagaya, and rode back to Shinbashi. This time with light and thus with electrical power. Which was actually quite a nice ride through the night back.