First trip with Garmin - From Abiko on the way to Nikko

This weekend I wanted to get out and try my new Garmin. So enthusiastic, that even the not so good weather forecast didn't stop me. So I could also try out my new rain gear. The original plan was to ride all the way from Abiko to Nikko in a 2 days ride, however on Day 2 I needed to return quite early to Tokyo, so had to cut the trip short at Kanuma.

When I set out at the station the weather was still kind of okay. After a few meters it started to rain just a little bit, so I started putting on some rain gear. Then after an other 10 min the rain increased, so I put on even more serious rain gear. And then I was happy to find this bridge under which to hide for the worst part of the rain, when the water came down from the bridge like a waterfall. 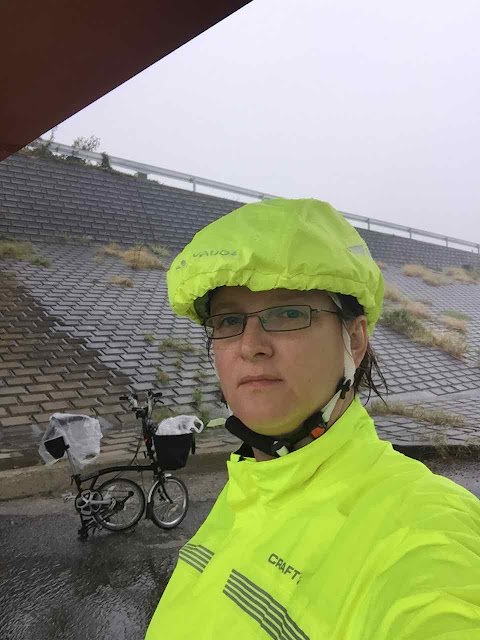 After hiding a bit, it finally got to a more acceptable amount of rain and I continued my way along Tone River and then on to Kinu River. Just when I thought, that something to eat would be a great idea, a very unappealing looking sport complex came along and as it had an onsen (which I didn't visit) it also had a small restaurant. Where to eat some nice hot soup.

Luckily the rain had stopped when I had finished lunch so I could continue my tour through a very wet and steaming landscape.  The ride mostly was along the river on a bicycle lane / small street. At around 16:00 I thought that I should find some place where to stay for the night and started searching on the internet. Unfortunately the closest place I found was in Yachiyo still quite some distance away so that I only arrived there after it had already gotten dark. (One of the problems in Japan is that it get's dark very early. Obviously also sunrise is very early... but unless you accept the fact that in Japan you should probably get up at 5:00 in the morning, the days are relatively short.) However I made it to my Ryokan for the night (nothing fancy) where it turned out that I was the only guest in the entire ryokan.

On the second day I was more lucky with the weather. It started out with a light drizzle but then stopped during the earlier part of the morning. Also this day I followed rivers, first Omoi and then Kuro river, as if there wasn't already enough water from above. 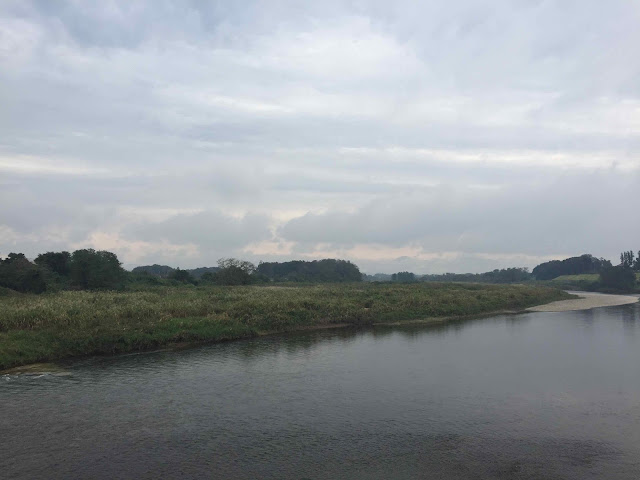 When I finally came to Kanuma I just had the time to grab an onigiri at the station before boarding my train back to Tokyo to a party. Obviously I wanted to meet my friends... but this made me miss out on the Kanuma matsuri, of which I hadn't known anything before riding right into it.