Riding out of Tokyo to Kawagoe

So this weekend I thought let's go out to Kawagoe, have some sightseeing there and then back on day 2. Well, that's what I did, just not all on a bicycle.
This trip was still before me getting my Garmin, so I had to rely on bicycle lanes that I knew exist (here Arakawa) and Google Maps for the bits and pieces in between.

On Day 1 I set out and rode through Tokyo on to Arakawa river. Mid September is a high time for Matsuris, so I actually passed several ones, including a Jazz Matsuri at a temple. At some point weather looked very dark, so I took refuge in a small bar close to a train station in the North-Western part of Tokyo and had lunch. At the right moment and right duration, when I had finished the rain had also finished and I could continue.
Along Arakawa river there is a long bicycle lane through the open landscape. And while still being close to the conglomerate of Tokyo, at the river for long parts it is countryside"ish". 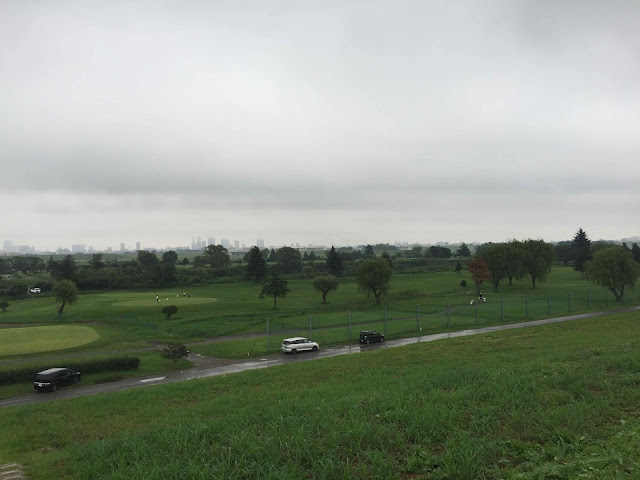 But I continued towards Kawagoe, at some point searching for a hotel there, in the hope that weather on the next day wasn't going to be as bad as the prevision wanted it to be and found a typical business hotel close to the station. Yes, from the station to home it would have been probably only about 1.5 h, but remember, I had hopes for the next day.

So the original plan was to have a quick tour of Kawagoe and then to return, probably along the same Arakawa river back to Tokyo. However weather was as bad as foreseen so instead of heading out with my bike, I headed out into Kawagoe with a borrowed umbrella from the hotel.
I hadn't been in Kawagoe for over 20 years, and while I did vaguely remember that I hadn't been impressed, I still was intrigued to check out on my preconceptions... only to find them confirmed. Kawagoe has some interesting buildings, however the street where most of them are located is also quite heavy with traffic.
I know, the picture doesn't show any of that traffic, but only because I waited patiently for a traffic light to turn red before shooting it. 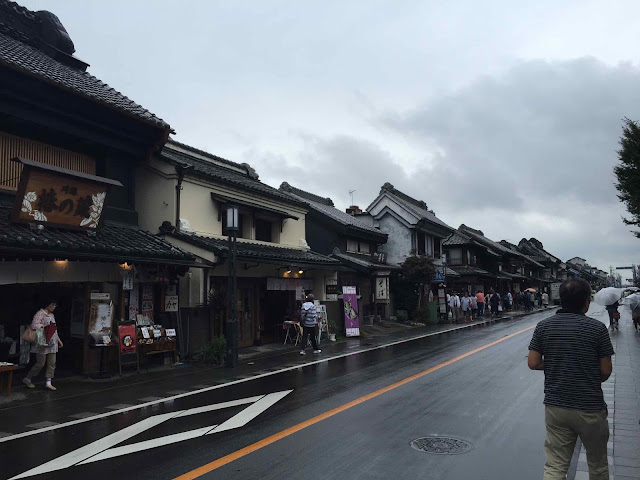 In retrospective as small Japanese city with idilic houses I prefer definitely Sawara. Also check out this post.

Well, at least I can cross off Kawagoe from my list of places to visit.